A perfectionist who likes to tinker everything until it is just right.

Anytime I install a new system on my machine, I pray God for nothing bad happens. But it usually happens. When I reboot, I find myself in the “Grub rescue” menu and I don’t know how to fix things from that point.

I go into the live environment and run some random commands that I found on the internet and hope for the best. 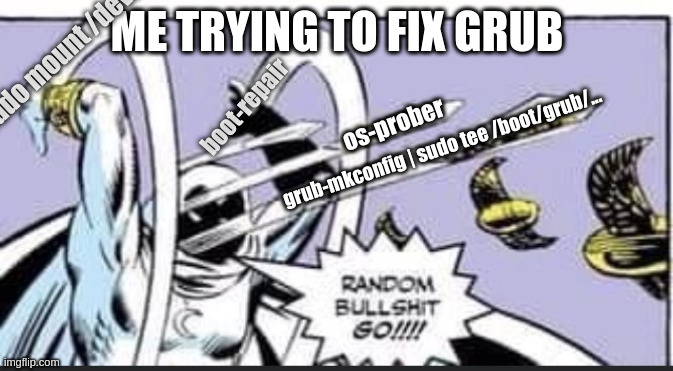 What a nice way to shoot myself in the foot! But this time is different. This time, I f*cked up so much that even the random commands on the internet could not help me. I was on my own and I needed to figure out what is wrong with my system. Let me tell you what I did:

I decided to install another OS just to try it in a real machine. I wanted to shrink one of my partitions to create a space for the new system. I run fdisk /dev/sdb, the very first message that it tells me was

This disk is currently in use - repartitioning is probably a bad idea. It's recommended to umount all file systems, and swapoff all swap partitions on this disk.

Yes, it just screams “Do not do it!” but come on. I will not try to shrink the partition I am using (sdb3). So it should not be a problem. I ignored the message and shrink it anyway. No problem. Installed and tested the new OS a little bit. Time to reboot and hope for the best. And of course it did not boot. What would I even expecting? 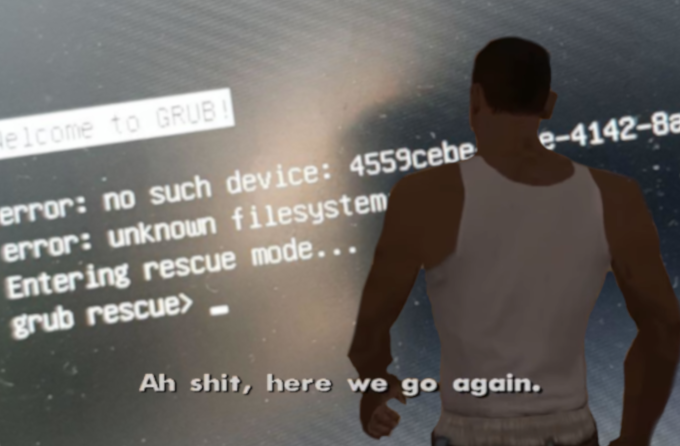 As always, I booted into a live environment and run boot-repair command. It was always working but this time… Even after finishing the operation successfully I could not boot into neither Arch nor Ubuntu (the two systems I had previously).

Arch was originally mounted in sdb3 and Ubuntu was in sda2. Considering the fact that I only messed with sdb, I should be able to boot Ubuntu, right? Well, yeah. Technically I did boot into Ubuntu but I didn’t see the login screen. It was dropping me into something called “Emergency mode” which just makes me panic! sudo update-grub… Nope. Nothing changes. Arch does not boot and Ubuntu partially boots.

Let me tell you what the problem was and how my ignorance made it worse:

And finally! I know everything about how all these work. Another shady part of Linux is clear for me. Now:

You May Also Enjoy

trap them and kill them! There is a beautiful command in Linux called trap which traps signals and let you run specific commands when they invoked. There is ...

It’s been a while… It has been so long that I forgot how I was writing my blogs back then. My life didn’t change that much. Actually, it is getting worse.

Rant: Stop whatever you are doing and learn how licenses work

Recently, Github announced that they are making Github Copilot available for everyone. Previously, it was in Beta and you could get it through the waiting l...

A failure story Last week, I received an email from Let’s Encrypt reminding me to renew my certificates. I forgot to renew it and the certificate expired. No...